Are you running it with a controller ?

Running the pump flat out (full 12v) will result in the water being pushed out as described.

Running with a controller will give better temp control - getting it up to temp quickly and good for cooling after turning it off.
Using a pressured cap will increase the boiling point and reduces the likely hood of cavitation - excess water will be forced into the expansion bottle
when the pressure exceeds the setting of the cap and drawn back into the system as it cools keeping it topped up.

What is the route from and to the pump? It looks to me that you are using the pump to send water from the rad to the header tank/swirl pot. If so then the water will fill both the header tank/swirl pot and expansion bottle before it feeds the engine as it takes the route of least resistance. When both are full then it proceeds into the engine. No need in my opinion for the expansion bottle apart from providing additional volume of water.

Surely the pressure cap should be on the main header tank/bottle, rather than the overflow tank (it's an overflow that allows recovery, not a pressurized expansion tank, right?). You might not "need" a pressurized system for cooling, but you need it to keep the water in...
It should be a pressure cap with a recovery valve if you want the overflow bottle to be anything other than a water storage..., although Pete is right, you may not actually need an overflow (mine never fills)

My circulation is different, electric pump to block, through head, to tank, then long pipe to top of rad, bottom of rad return to pump. Works great, controlled with the digital thingy.
Dave George
Australia
Ginetta G15
Top

Excellent some replies I can play off

yes im pulling from rad to tank. This is the first time I have set it up this way and only due to the fact ive ran out of room in the engine bay!

Ive ran a flat cap on the main ans pressured on the expansion for many years and its been very effective but now with the changes its not so good.

With you all summing it up the same as my thoughts im more comfortable with the idea that it would be preferable now to pressure the system in the normal fashion, its the scenario for me that it's been set up like so for so long its easy to doubt any other way round lol.

Looking forward to finishing off the set up now and giving it some good runs its great fun the amount of torque it produces!

Although it will be slowed down now since ive restarted on the imp of doom...... when did imps become estate cars its massiveIin comparison to the g15 lol no garage room!

I cant find an Imp to play with around here, so I got something almost smaller than the G15 instead, an Austin Big 7 Special hill climber! Fits in the shed nicely

Only just seen your posts, Chris. No internet at home since Saturday and then no Imp forum for a couple of days!

Your setup appears wrong to me too. In my Chamois, I had the swirl tank immediately above the standard Imp coolant pump, which fed straight into the block in the usual way. That way, there was a relatively assured head of water feeding the pump, then the engine at all times.

It ran very nicely. I think I had a 74 degree thermostat in there and an 11npound pressure cap on the swirl pot. I didn't run an overflow.

The system was good as gold and never lost a drop of coolant, even at illegal speeds on track at Teesside Autodrome, giving the car a bit of grief.

The temperature would rise slowly in traffic but I was only running a single cooling fan on quite a large radiator. There wasn't enough air at very low speeds or in traffic to keep the engine temperature stable. It never overheated, though.

I've got two fans to fit when she goes back together.

I like the security of coolant flow that you get by having the tank sited over the pump. Just my view.

On the road soon, eh? Awesome!

On the road soon.... as in as soon as the tax is free ? Lol like your style

Oh well ill add the imp into this topic and double up everything all in one place.

imp. Have so far sliced off both rear arches and welded on a new passenger inner arch from a vw golf mk1
Waiting for stock of imp wings to carry on as the rear quarters arnt the best or sill ends so might as well do the lot in one go.
Now have a plasma cutter so all is great!
Will start to strip it all ready to be lifted onto a twirler once ive made it!

Blown G15 not quick enough for you, Chris?

Good to hear from you.

Dont think people read on here much these days but a quick picture update for the fun of it...

Still here reading Chris and appreciating you posting your progress on your G15 and the Imp.

Looks like you have been busy and going to be busy rebuilding your engine too.

Whys it so low? It looks silly. It'll handle rubbish.....

I also read all your posts with great interest, Chris.

Looks like your G15 should be ready for the show season this year, right?

No wonder the engine needs a rebuild. it has served you well @223K miles !

One show left this year then it's going to go back to turbo hunting for more power again.

Waiting for a gt17 turbo to turn up then make a manifold. Was going to use a tb25 but it's heavy so have decided against it. Aiming for 160bhp still leaving nos in place.

looks good, just needing a good clean and strip down, they were right about the play! about a good 2-3mm of side slop lol will be needing one of these

the snail casings look undamaged and internally clean from looking inside so all good.

Finally found the flange I purchased from eric a few years back!

nothing has changed in two years with the car, still not turbo and still around.

House change, family and a broken clutch fork coming back from the one local show I attended last year resulted in 8/9months hibernation.

Back up and running now hopefully be at Sunday national day, possibly the saturday. 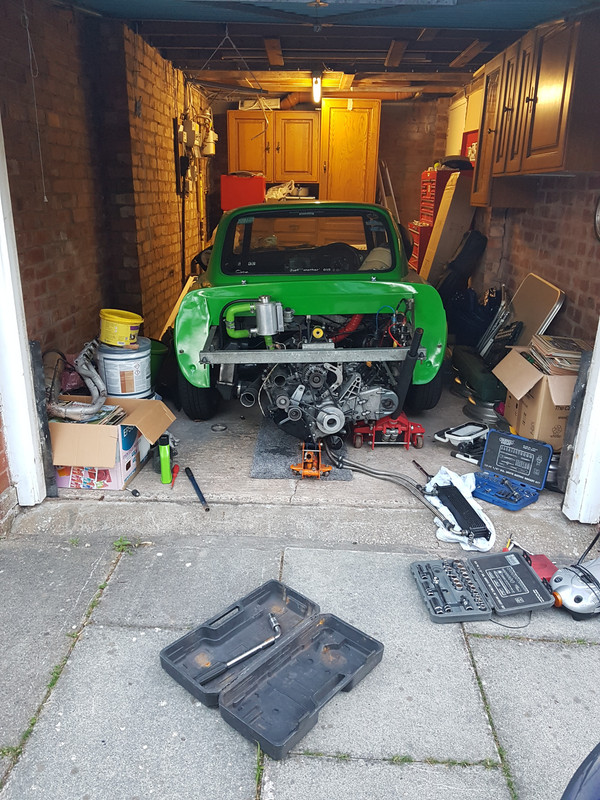 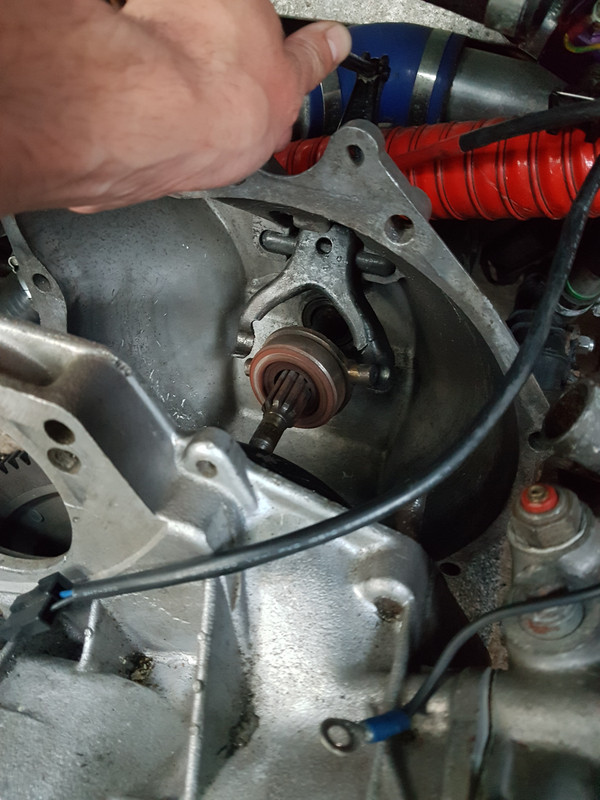 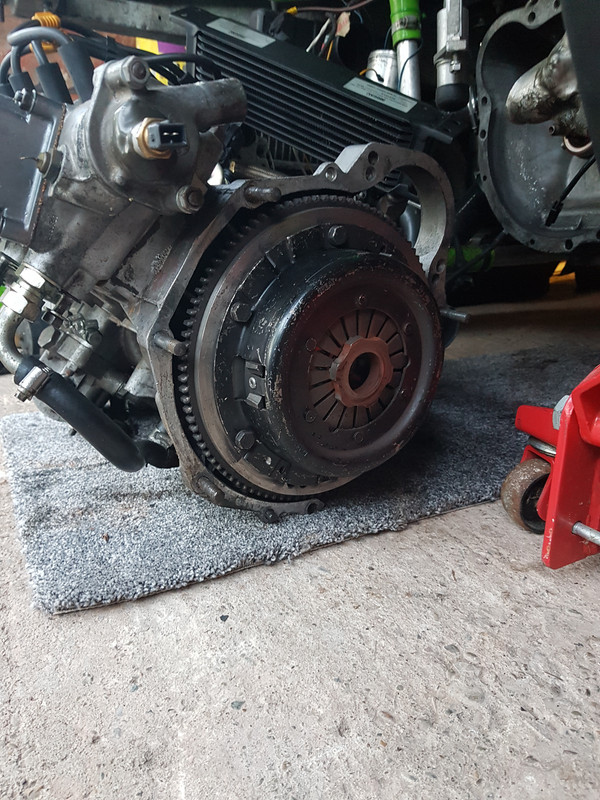 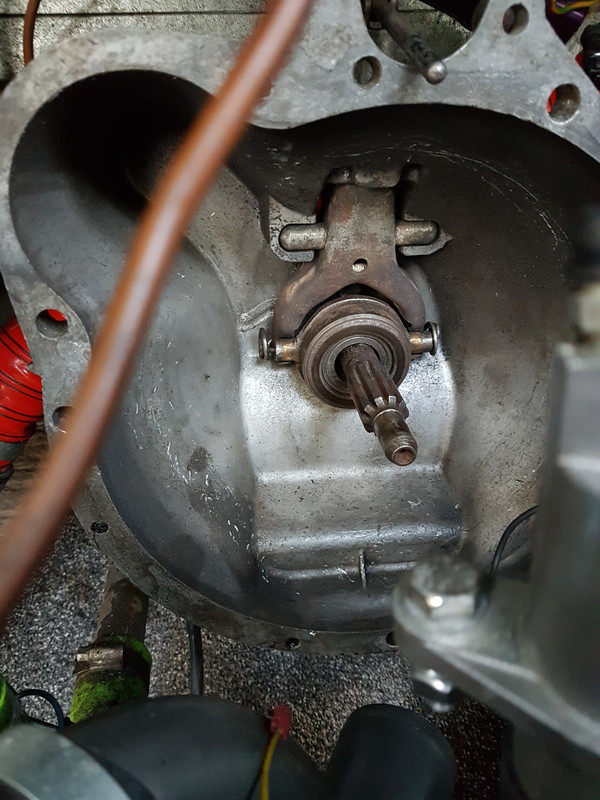 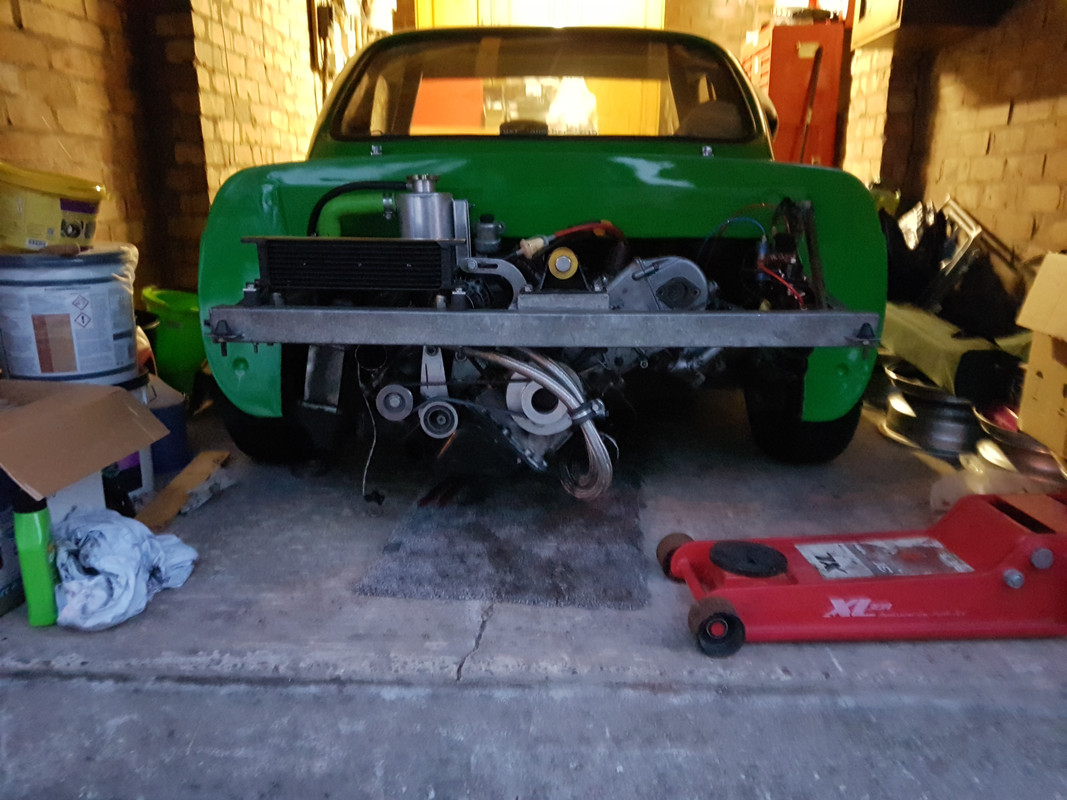 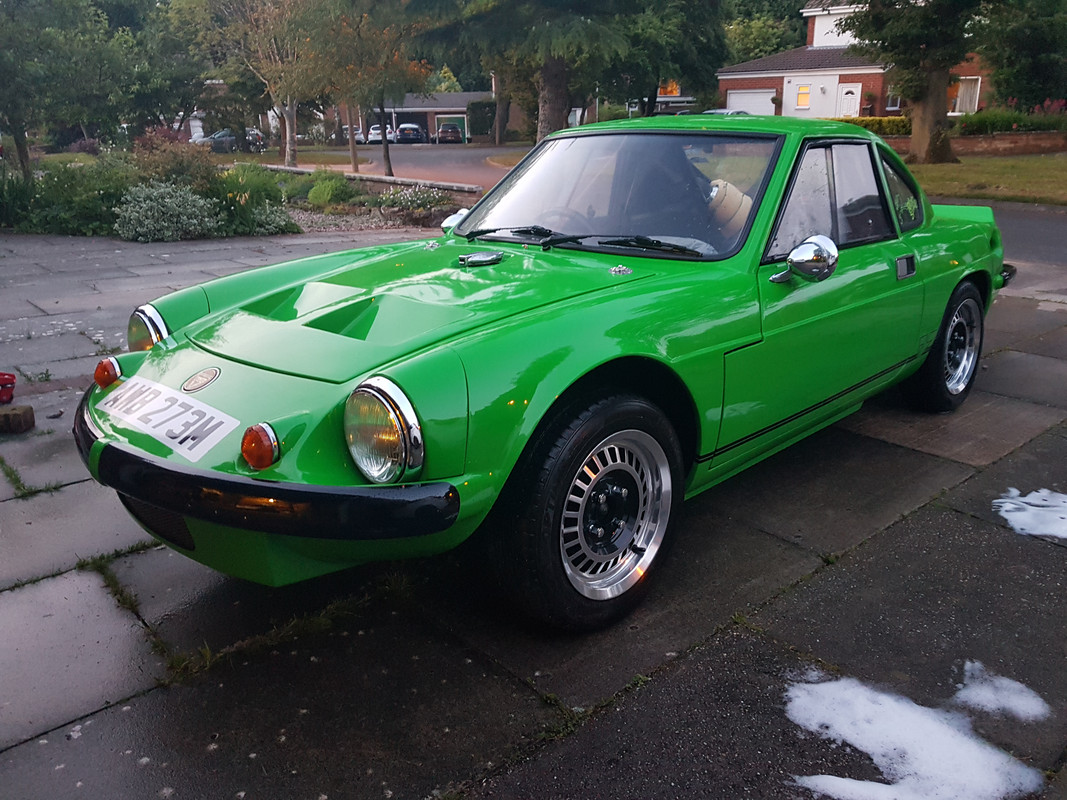 Nice one Chris, good to see your back on it again.

Do you feel the turbo conversion is better than the supercharger with you changing it back to turbo? Do they give two different driving experiences from the Imp engine?